A successful grant application to the Listed Places of Worship (LPOW) roof repair fund allowed the church project group to tackle the leaky Nave roof and Chancel roof a few years earlier than was planned.

In September 2016 contractors erected extensive scaffolding effectively cloaking the Chancel and the Nave from the weather.

Work then got underway to strip off the Swithland slates from the Chancel and also the old lead from the Nave roof.

There were a few surprises uncovered, namely the Chancel roof was of a traditional Scottish design characterised by 1-inch thick boarding (like floor boards) instead of horizontal batons. Apparently this meant that the rather irregular Swithland slates could be nailed on more easily because the nail-holes in the slates did not have to line up with batons underneath. 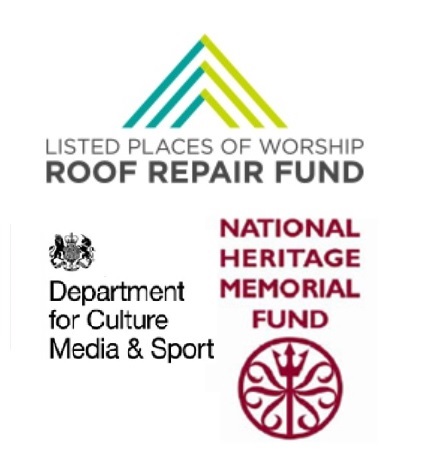 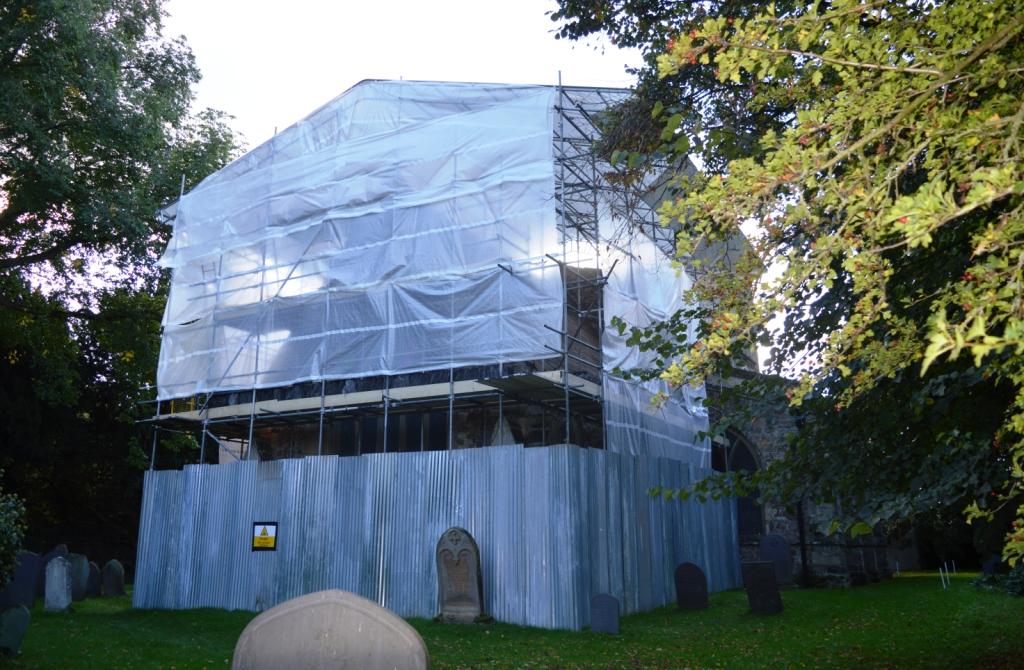 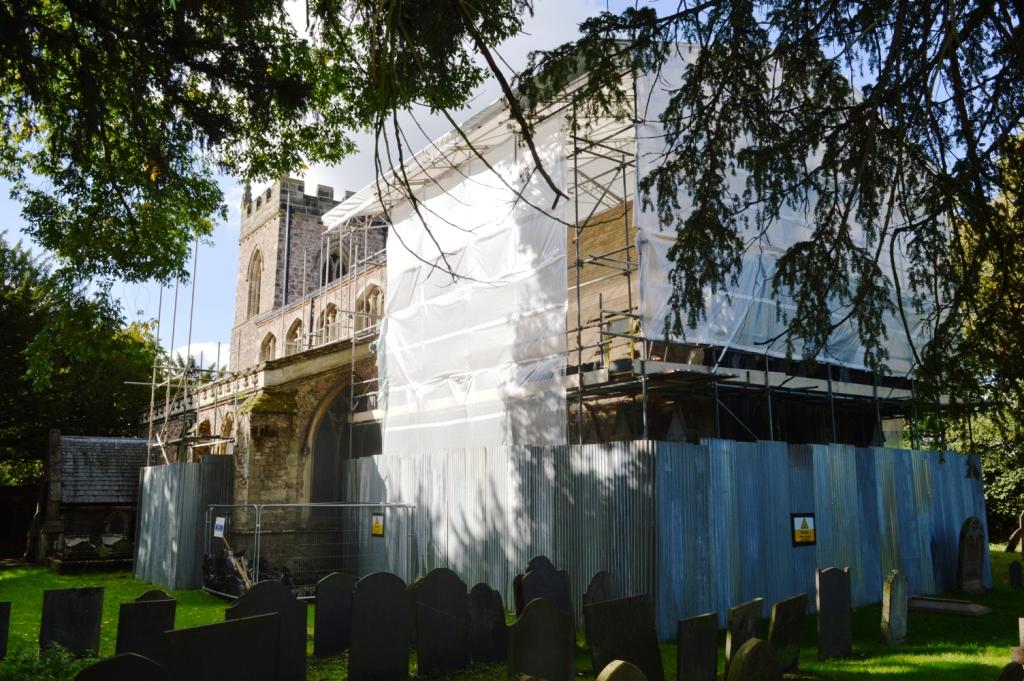 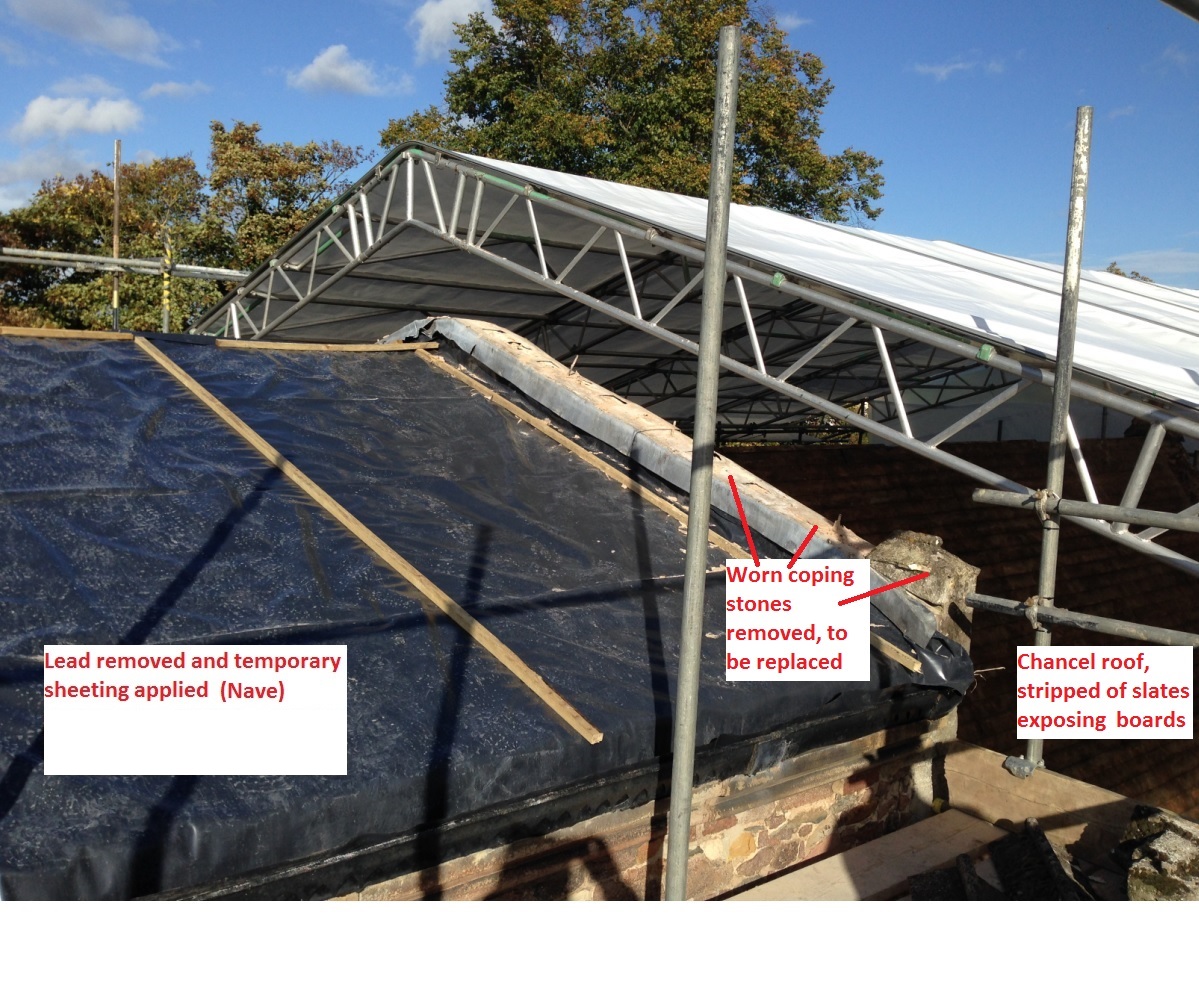 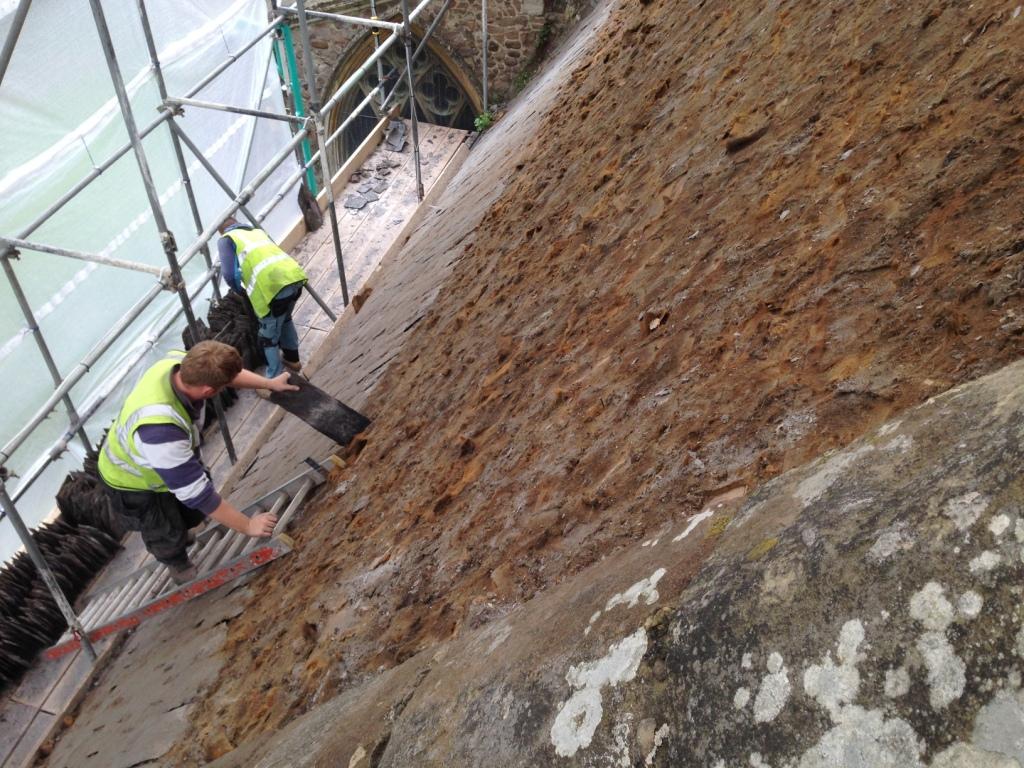 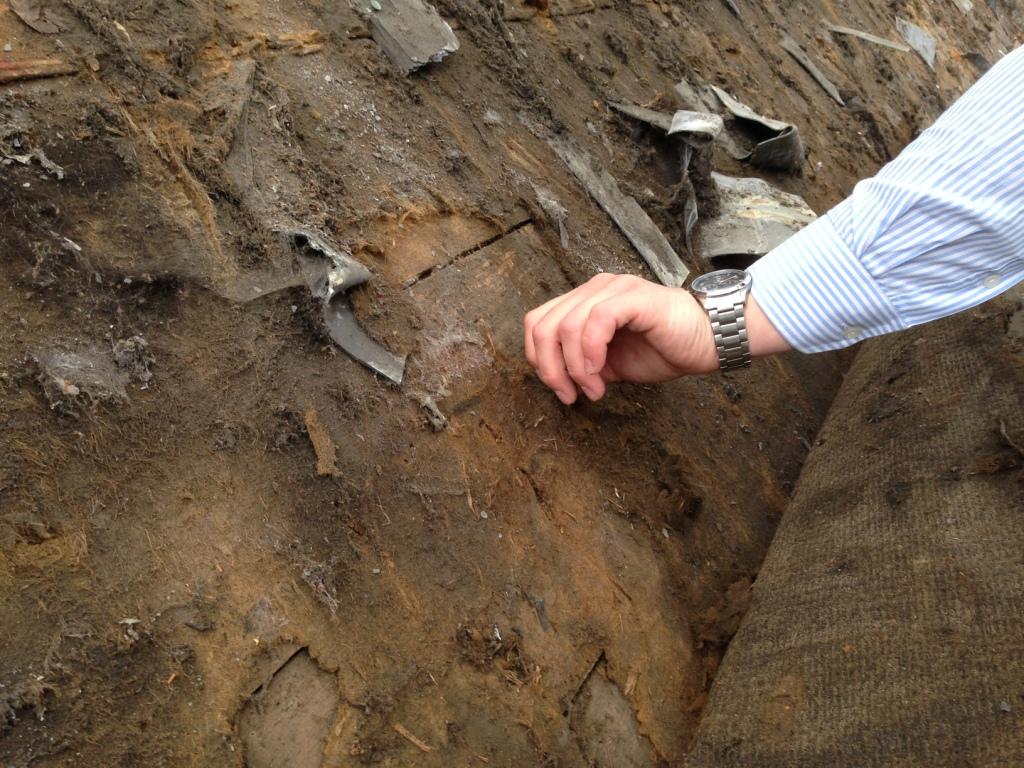 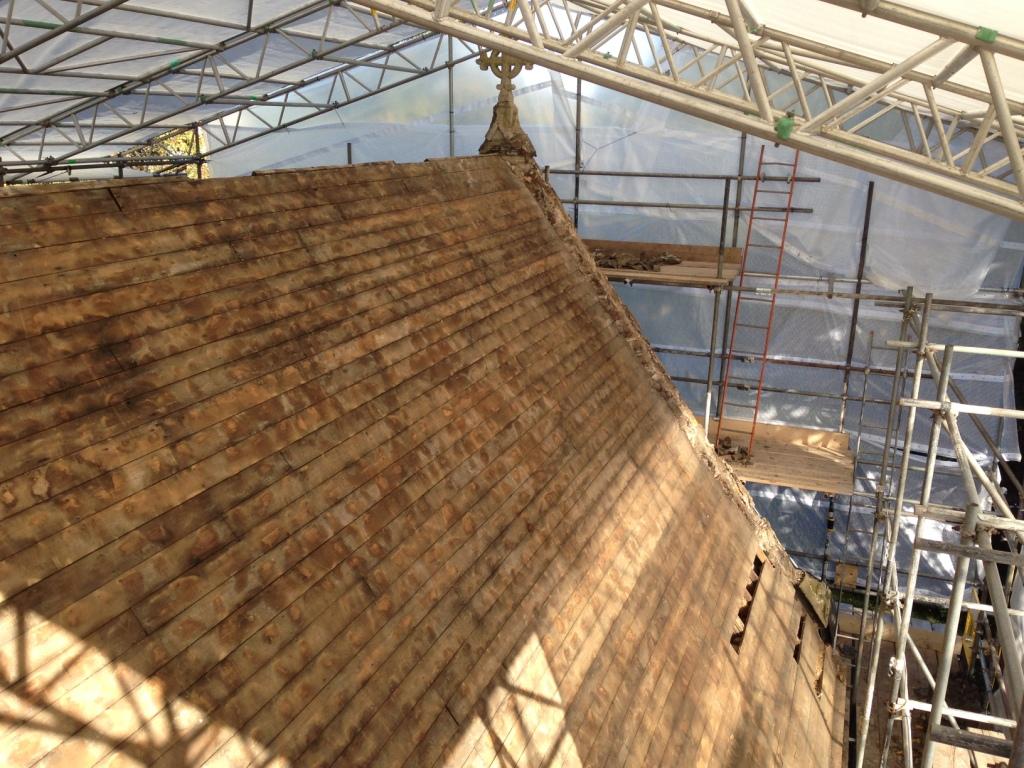 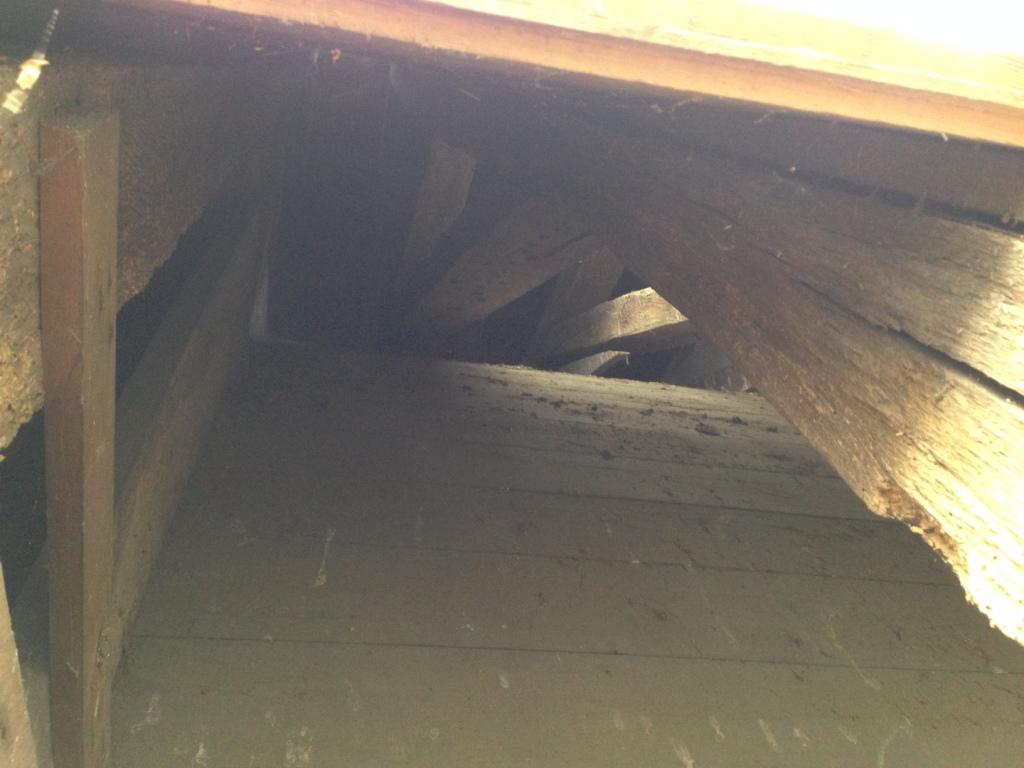 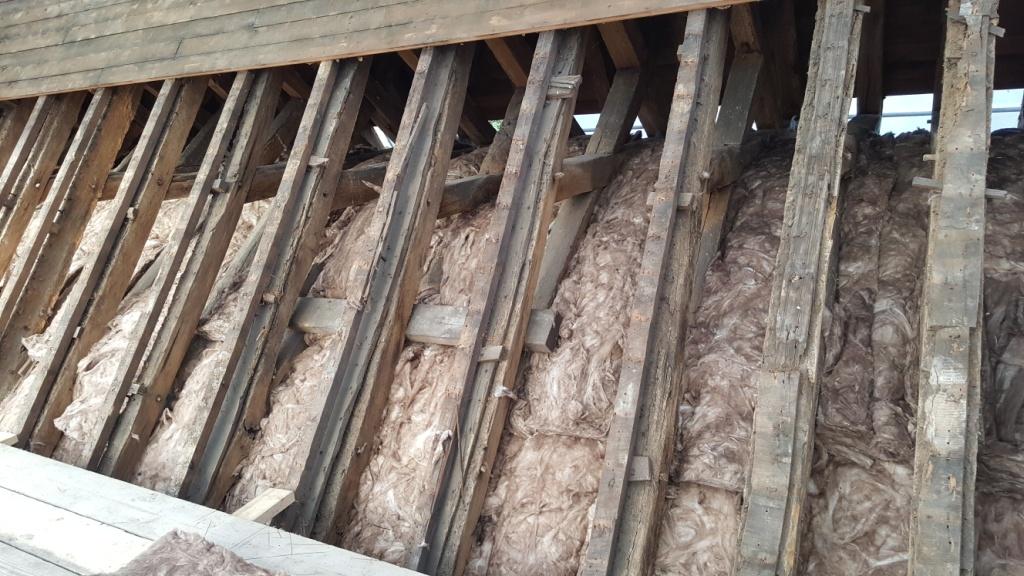 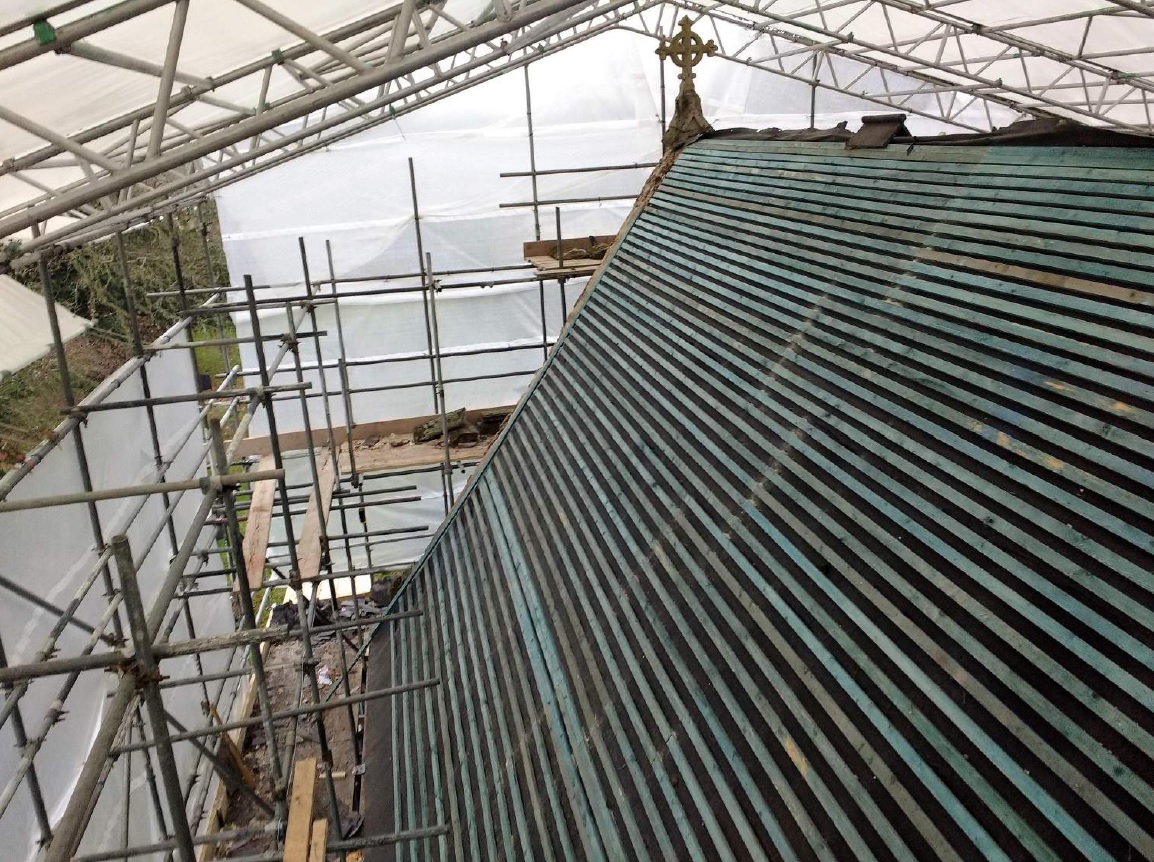 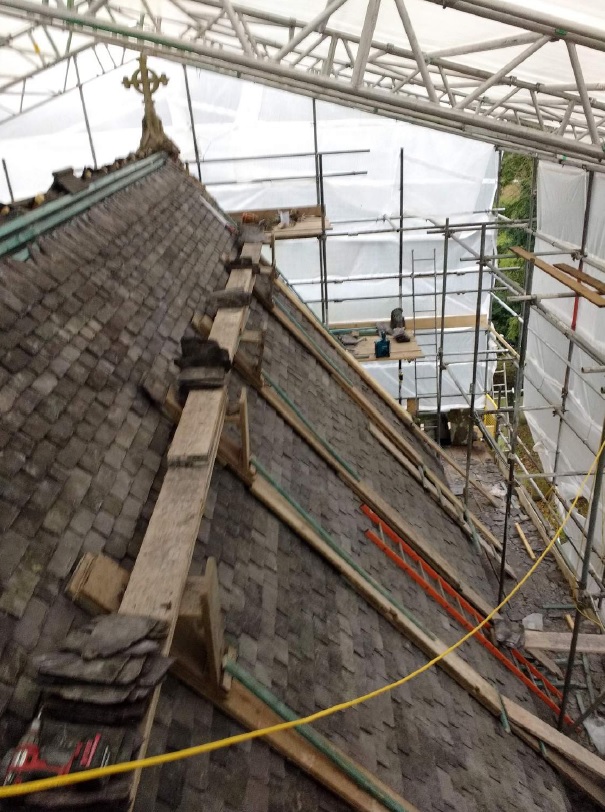 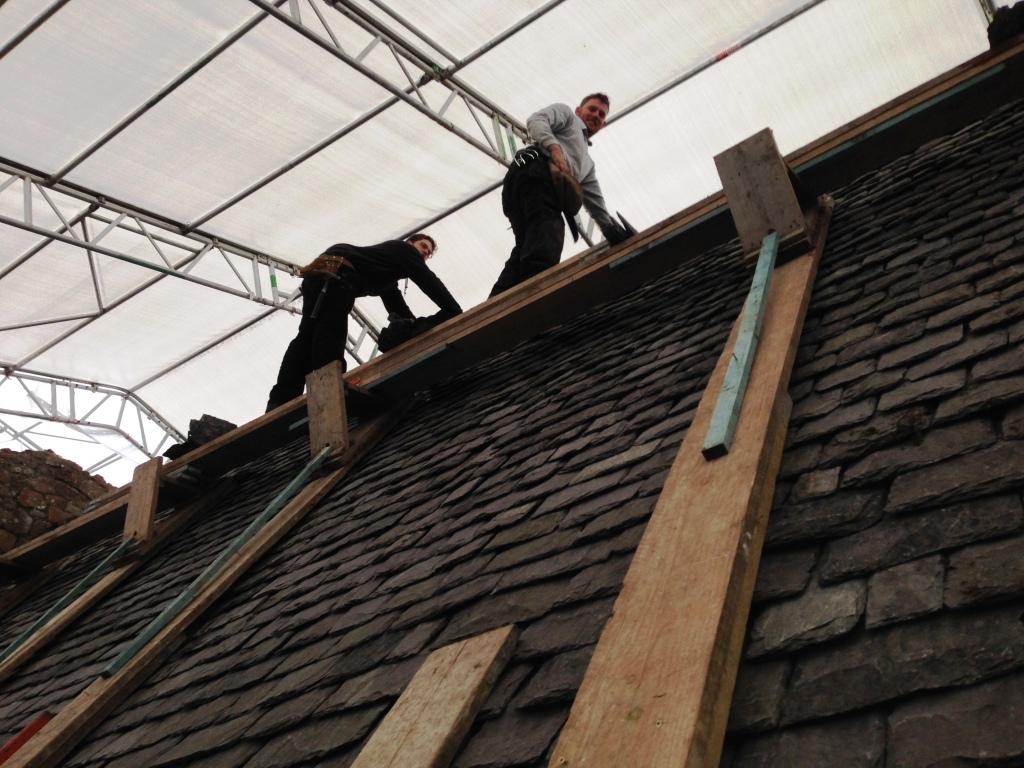 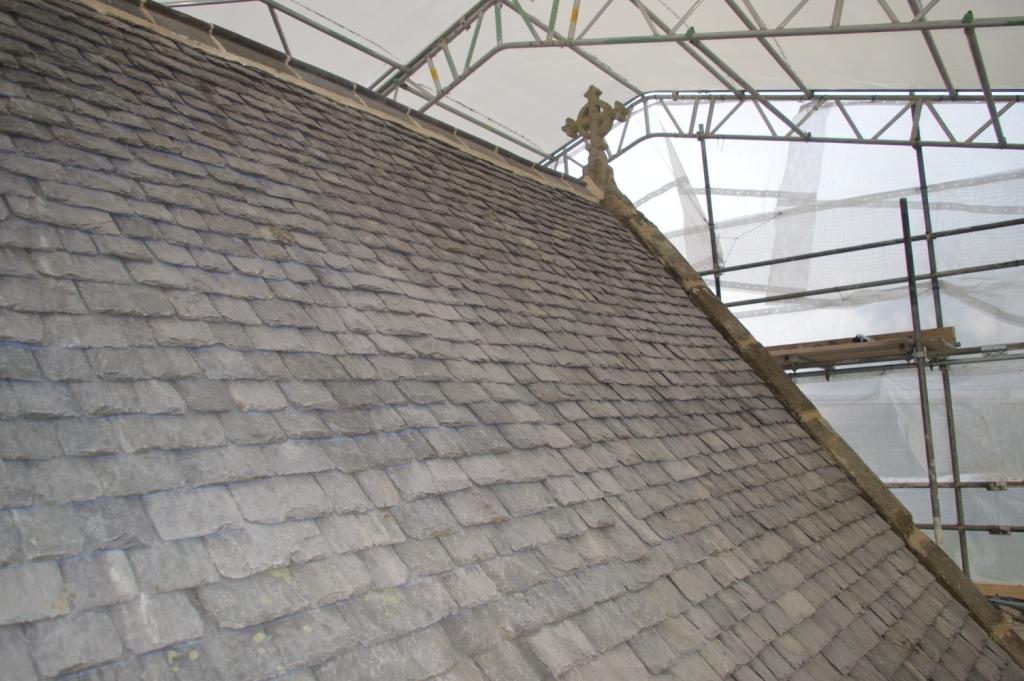 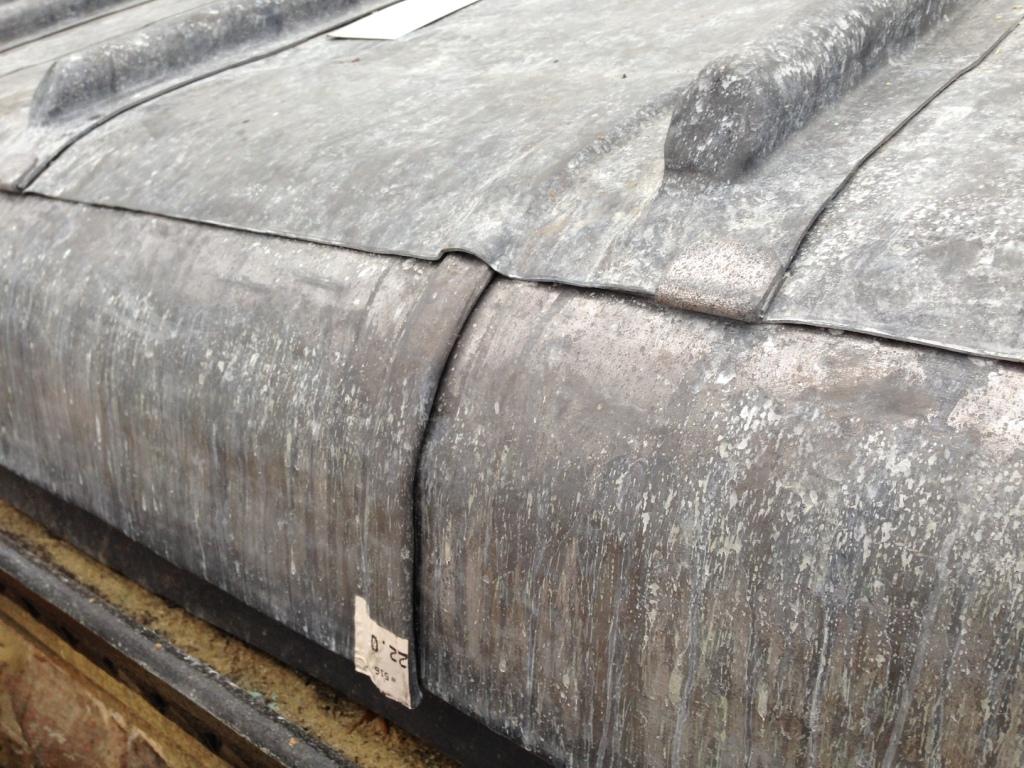 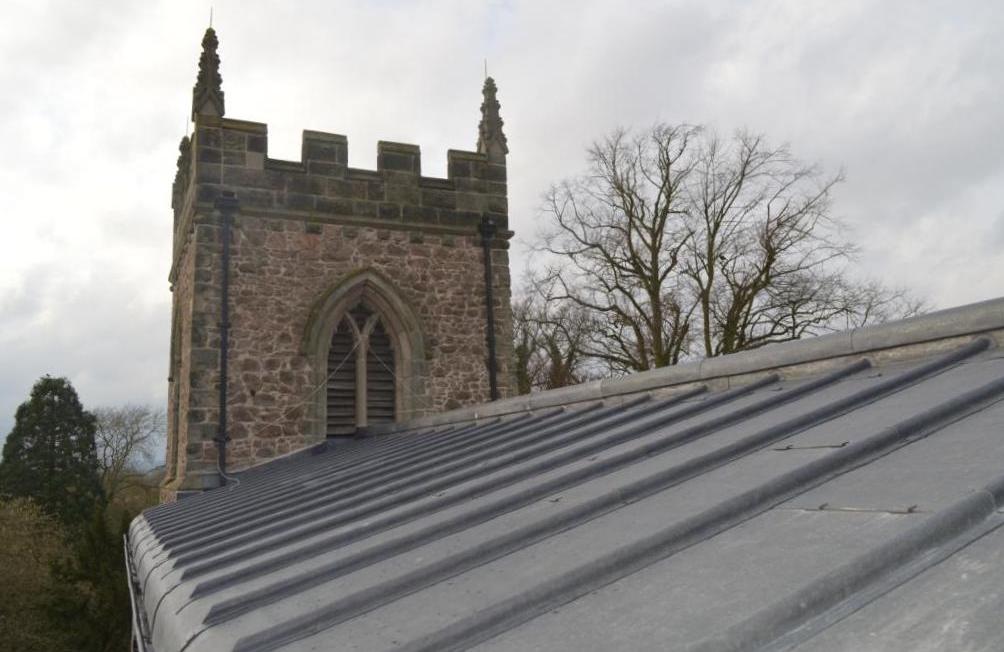 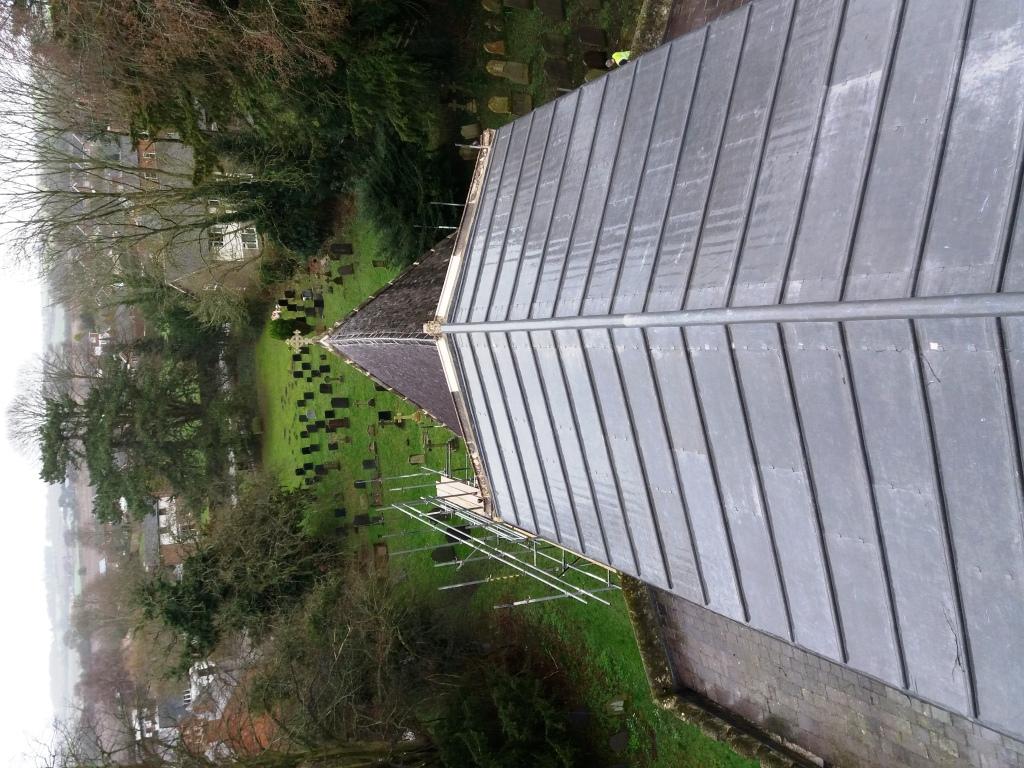 The boarding was also covered with a gungy mix of tar & horse-hair, instead of a bitumen felt. This required a rather messy operation to clean the boards, ready for the next stages. (see photos).  The boarded design also meant that the Chancel insulation plan had to be reconsidered because there were no batons between which insulation sheets could be inserted.  Permission was given by the Diocesan conservation authorities to lay a very thick layer of rock-wool insulation under the boards in the void that exists over the ‘barrel-design’ ceiling. Indeed we feel that this is actually a more effective insulation solution than that originally planned.

Whereas Chancel roof was a less tricky task. The lead was stripped off it and a tarpaulin fitted whilst the old lead was recycled by traditional methods by our specialist roofing contractor, Norman & Underwood. It was melted down and recast with some new lead to produce ‘as new’ lead sheeting. Insulation was also installed on the Nave roof, and the lead was then fitted by traditional methods. Indeed there was a French craftsman in attendance to learn from the N&U specialists!